If you’re interested in greed, luxuria and over consumption (other wise known as pleionexia) you can’t help being fascinated by the idea of sea snails being literally milked to death to produce a few drops of a precious dye.

I had only the haziest notions of how Tyrian purple was produced but I like snails and purple is my favourite colour. Being as how it was the sole preserve of the rich and aristocratic I began to think I must do some research 0n the subject.

But if (like me) you thought snails were gentle little beasts that are never happier than when grazing on a wilted lettuce leaf you had better buck your ideas up.

This is the Murex snail, it lives in warmer seas than we ever know in the UK, but I’ve often found the empty shells in Kefalonia. Despising the health giving benefits of sea kelp or spirulina it has a nasty little habit of drilling into other shellfish and sucking out the contents. Not the only marine mollusc to do this – I thought I’d just drop this intriguing image in here.

The biter bit, so to speak. 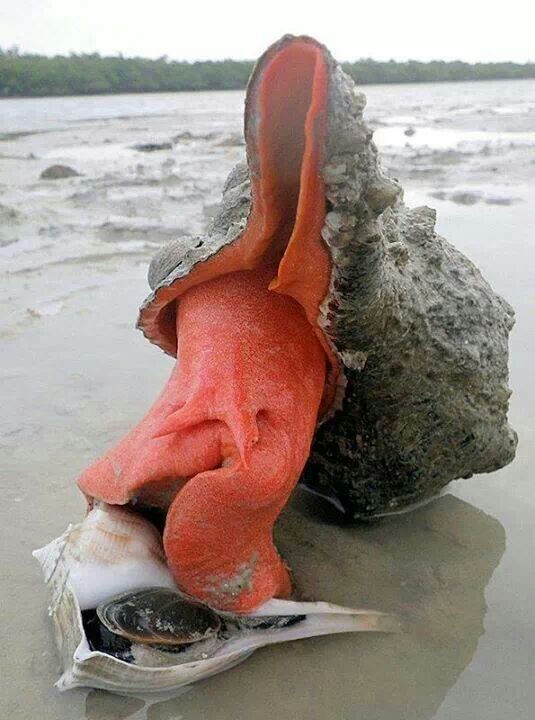 But back to the Murex. It enjoys the privilege of being one of the oldest classical seashell names still in use by the scientific community, because it was described by Aristotle, the philosopher and naturalist. It is best known as the source of the costly and labor-intensive dye Tyrian purple, made by the ancient Phoenicians, in the city of Tyre. 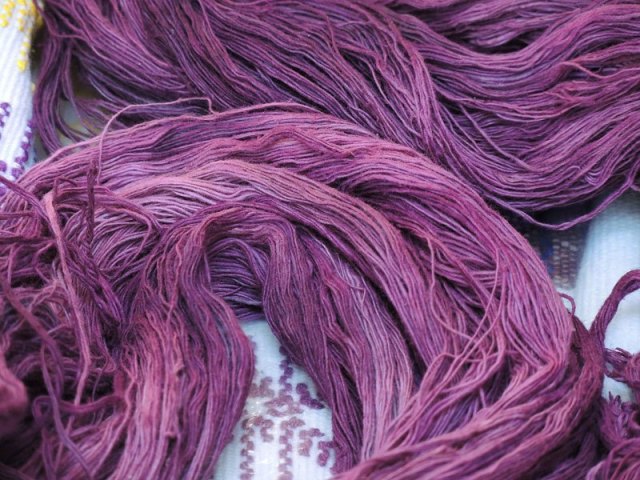 Purple pigment was incredibly expensive; snails had to be harvested from the sea, and each yielded only a drop or two of liquid. Thousands of  snails were sacrificed to make the royal purple . Owning a cloth handwoven and colored with this natural dye was a symbol of high status — the power and wealth of royalty and the church.

I wanted to make a sculpture expressing something of the rarefied nature of this process but technical difficulties (let’s be honest here – my limited capabilities in making casts) forced me to compromise with my choice of snail. The Murex was too complicated so I chose another sea snail, the giant Tonna (tonne galea); apart from anything else I just adore its delightfully freckled mantle.

Incidentally, the tonne has a few nasty little habits of its own. It likes to swallow sea cucumbers – whole.

I cast a shell and then added hand modelled parts to form a whole snail. excuse the clutter in my studio – I am not a tidy worker. 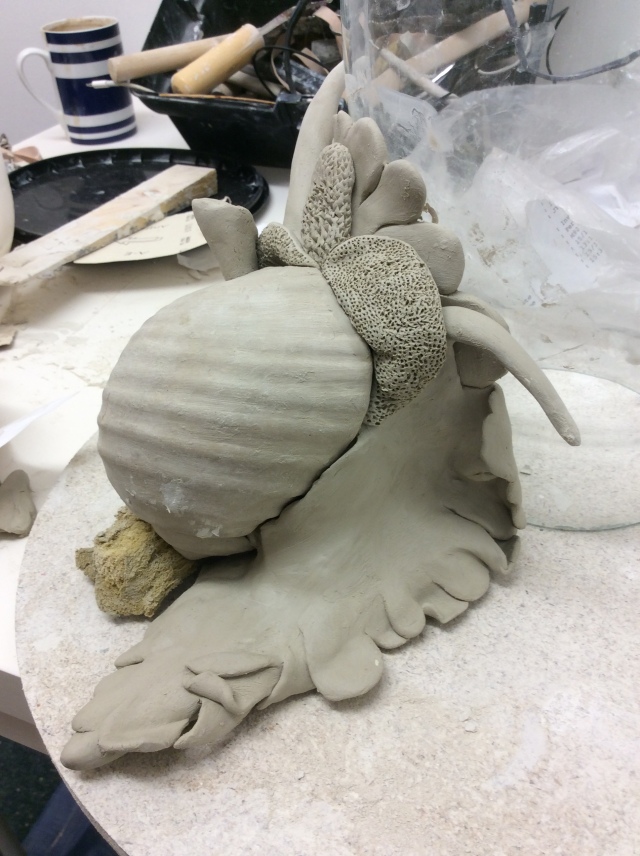 The snails were glazed with underglaze colours. I wanted them to support a glass cylinder that I found in a Shelter charity shop on the Perth Road.

I used purple cable (recycled from the time when DJCAD renewed its internet wiring) and connected it to the snails.

Just now I’m not certain that I’ve resolved all the problems in this piece but because I have been out of the country for a long time (of which more later) I haven’t been blogging recently and I left quite a few bits of work in limbo so to speak. I’m now looking at them again and writing about them helps me decide if I want to go back to them or even rework them. I have a number of different elements and I haven’t quite decided how to place them.

The jury’s still out on this one.

Artist, entomologist, grumbler.
View all posts by pennimania →
This entry was posted in Uncategorized. Bookmark the permalink.