A Melon for Ecstacy.

A woman for duty,
A boy for pleasure,
But a melon for ecstasy.
– Old Turkish proverb 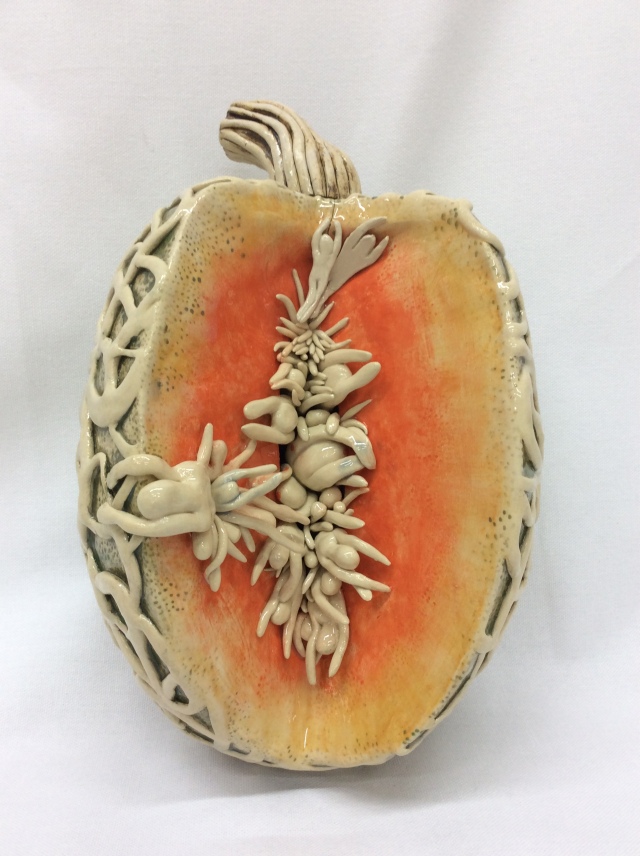 For some months I’ve been playing about with the idea of the Vegetable Tortures. I would like to be able to say that this was a project wholly motivated by the noble desire to examine the ethics of genetically modified food and sustainable farming methods. And, indeed, in part it was.

But in truth it began by me remembering a sketch from Monty Python: Self Defence against  Soft Fruits.

It features such gems as “Try  that with a pineapple rammed down your windpipe.” and “Come at me with that raspberry. Come on. Be as vicious as you like with it.”

There’s something about this sketch that has me sniggeringly helplessly even after all these years. And it made me think about torture both by and towards vegetable matter and to search for suitable titles for my pieces. I began with  this orgiastic melon.

And it developed into this. 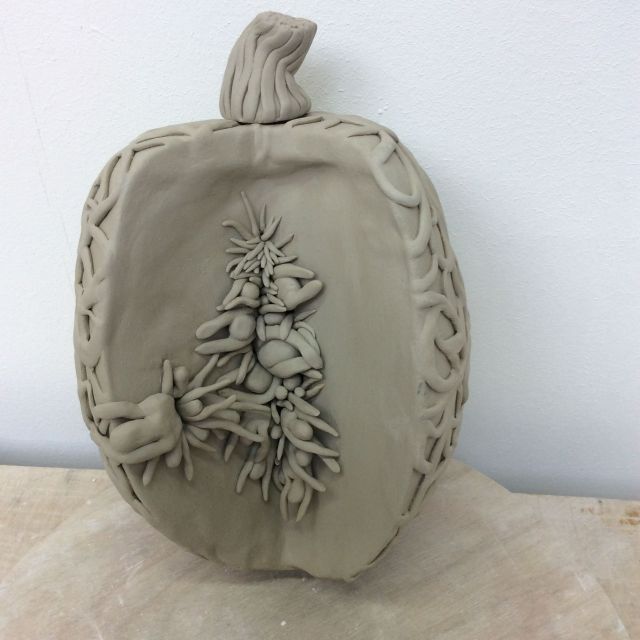 But a melon for ecstasy?  Where did that idea come from? Well obviously it’s a quote from the Turkish proverb quoted at the top of this post but I only learnt it from reading the eponymous novel by John Fortune and John Wells, better known for their acerbic satire.

This stylish and hilarious book tells the story of a man who likes trees. really, really likes trees. His unfortunate proclivity leads hims astray – to sin with tender young saplings and the sterner charms of mature oaks.

The opening lines of  a Melon for Ecstasy :
‘I am just back from the garden. The moonlight is bright enough to write by, and casts the shadow of my tree – sleeper’s head across a pillow – over the page. My thighs are still cold from the bark, and that instrument of my pleasure is tenderly vibrating.’*

‘Written in the form of letters, journals, newspaper articles and the like, it covers an extraordinary cast of characters, whilst reserving its finest flights of poetic imagination for Mackevoy himself. His ruminations on the particular appeal of various species of tree are amongst the most elegant pieces of prose you can imagine. And the accounts of the sex are enough to make you wonder whether it mightn’t be worth experimenting:

Lasciviously I turned my face, brushing the cold bark with my lips, and began to explore its texture with my tongue. And you couldn’t stop me, my laburnum, you with your branches pinioned in the air, leaving your trunk so bare, so bare, so unprotected, so vulnerable… (p.30)

Well it makes me laugh anyway. The review above is from Trashfiction.co.uk, a most excellent website that I commend to your attention, dear reader. I had to make my melon suitably ecstatic after revisiting the novel, and I wanted there to be a contrast between the rough bark and the oozing, pullulating insides of the luscious fruit. 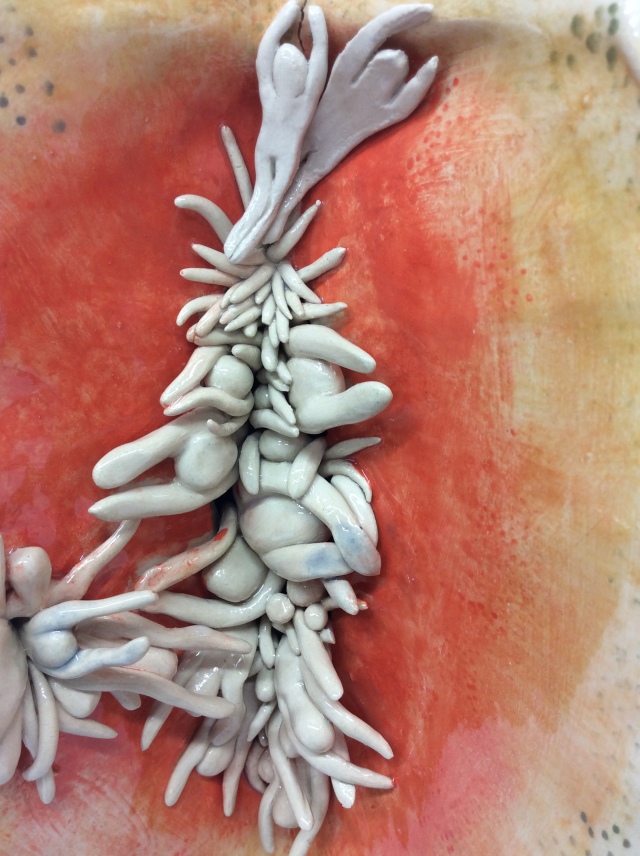 I made this sculpture during my three month residency at the European Ceramic Work Centre (of which much more in a later post). Unusually for me I’m quite pleased with this piece.

Perhaps it was all the sniggering.

*A Melon for Ecstacy by John Wells and John Fortune, first published by  Weidenfeld & Nicholson, 1971.

My melon was made during a three month residency at Sunday Morning @EKWC in the Netherlands. The residency was funded in part by the Visual Artist and Craft Makers Award: Dundee in partnership with Creative Scotland. I am very grateful for their support