The Grapes of Wrath

On one of my forays along the Arno I came across a creeper that was covered with what I described to myself as “lumpy leaves’. So lumpy in fact, that at first I thought they were berries. 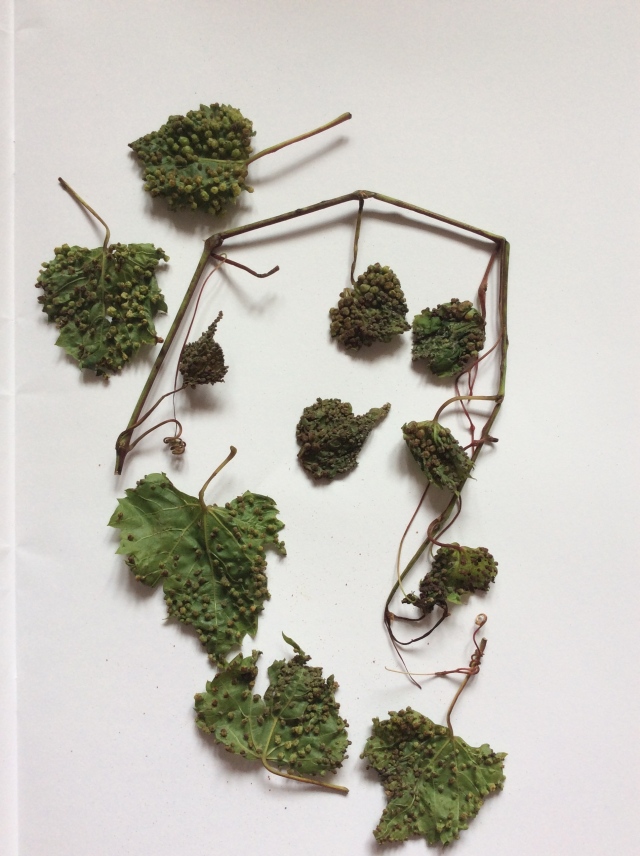 On closer examination I realised that it was a wild grape vine, and that it was suffering from a type of plant gall infestation. Now I’m ( but actually, on reflection, not really)  ashamed to admit to a previous interest in galls.  In fact, I’ve been a member of a recherché little web forum devoted exclusively to these intriguing micro beauties for more years than I care to think about. 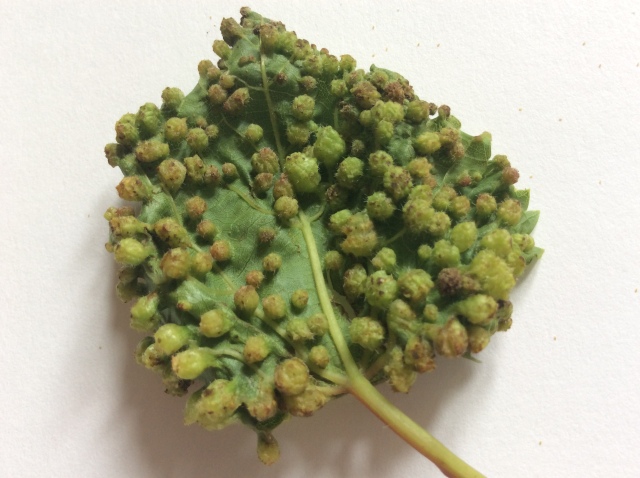 These warty little excrescences are caused by the Phylloxera aphid. Each one of them contains a large number of pale creeping tiny insects with formidable sucking mouth pieces. 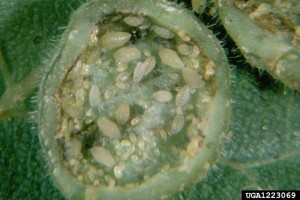 I don’t normally think of myself as squeamish but this cross section of the gall made my flesh creep. I took some of the leaves home and pressed them in a sketchbook, now I wonder how many I unwittingly brought home. 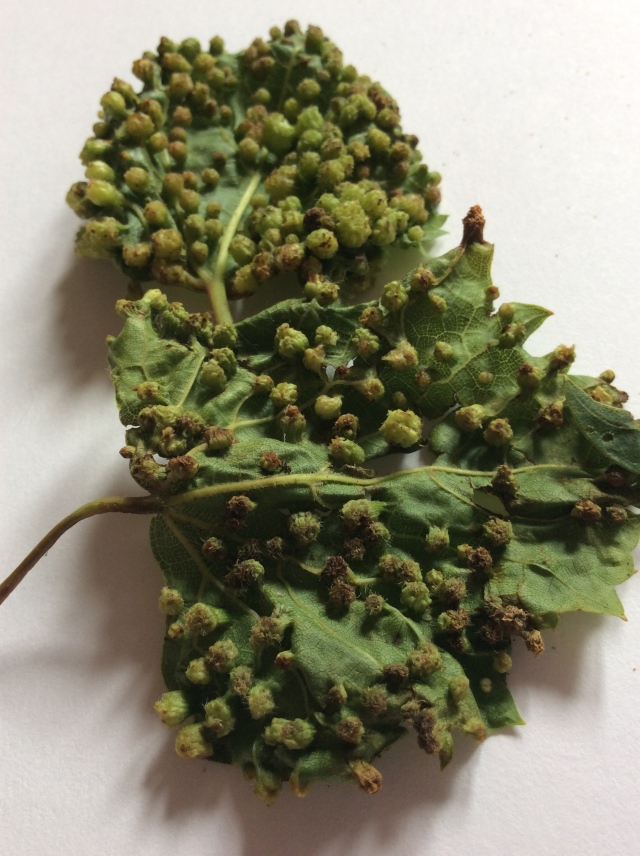 The Phylloxera aphid caused devastation to vineyards in Europe between 1800 -1900. Thousands of families lost their livelihoods and many vineyards had to be rooted up and burned. The aphid is capable of parthogenesis (reproduction without a sexual partner) and its complicated life cycle makes it very difficult to control. Imported by accident from the USA, it ran rampant through France and, to a lesser extent, Italy. 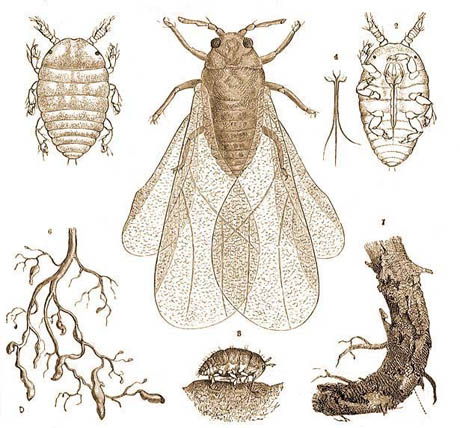 This feeble little creature injects a poison into the roots of the vine which stop it healing after the aphids have sucked its life juice. They lay eggs into the leaves which cause the irritation that forms the warty lumps. Each gall is filled with the ‘nymphs’ which later crawl down into the roots of the vine and suck away merrily. The only treatment was to uproot all the affected vines and burn them.

At that time, modern insecticides were not available and stringent measures were necessary. Later, the parasite was controlled by grafted original vine species onto new rootstock. The aphids could not attack these resistant species and the original old grape strains were protected. 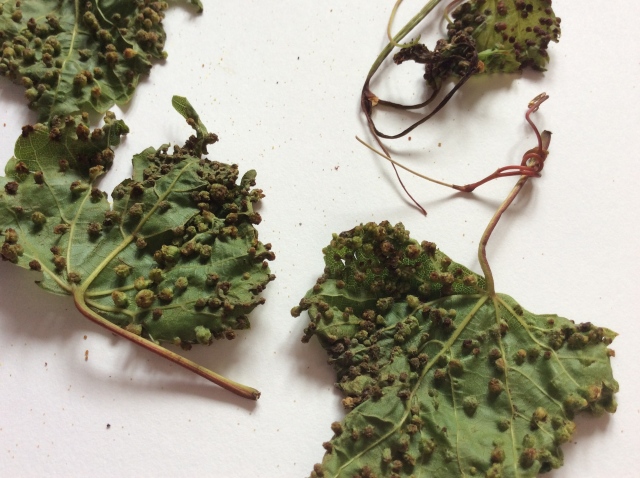 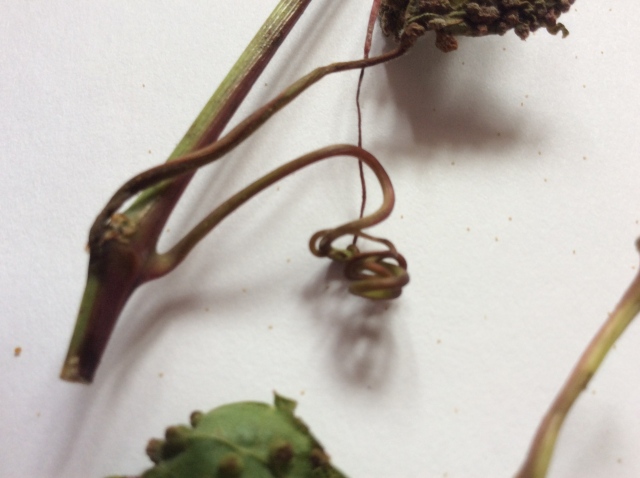 So the vine that I saw along the Arno was a wild strain that has persisted long enough to both escape and at  the same time, be infected by, this pernicious parasite. I hope that it cannot attack modern Italian vines because I do like a nice bone dry Gava. 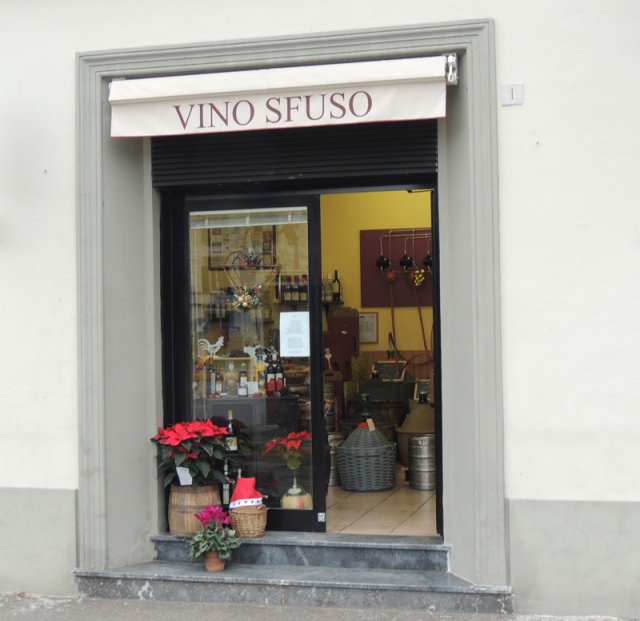 And one of the joys of Florence was the discovery of the vino sfuso shop! A hundred and twenty years ago Punch magazine thought the threat was funny enough to print a cartoon about it. 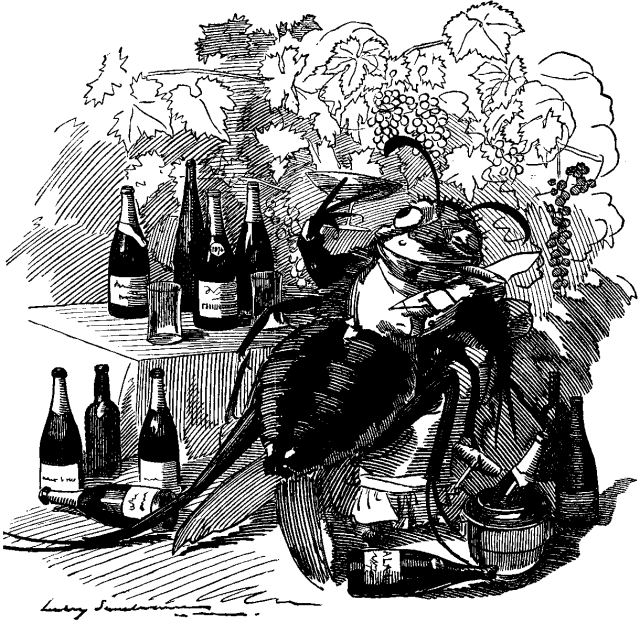 I’m inclined to think they hadn’t realised how real the threat of losing wine production in Europe was at the time.

These days there would be a massive grant from an organisation like the Wellcome Foundation devoted to finding a solution!

*The Grapes of Wrath: John Steinbeck – still one of  my all time top ten reads.

1 Response to The Grapes of Wrath