The Lake of Lettuce

I found this exquisite  pond (one of a matching pair) in the back garden of La Specola. It was alive with frogs which were hard wired to dive to safety every time I tried to get a photo!

I’ve always had a huge fondness for stagnant water, duckweed and the like; far too much of my glittering youth (not to mention recent dotage) has been spent peering into the green depths and dibbling for tadpoles.

I think this delectable little pool might well be called a ‘lake of lettuce’. 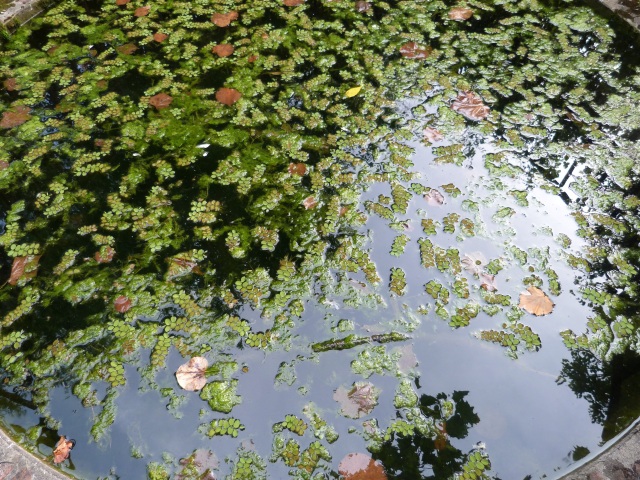 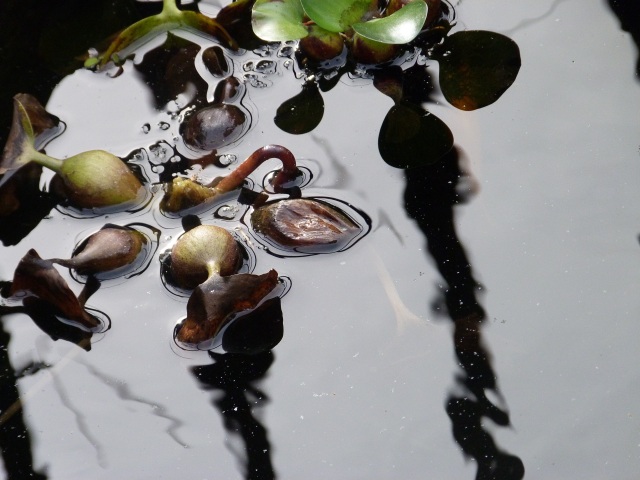 I haven’t finished blogging about my time in Florence but recently other things have been on the top of my mind. However, yesterday, I read something that brought it right back into focus with its talk of lettuce lakes.

I Take This Land by Richard Powell is set in the Florida Everglades during the period 1895 to the 1940’s. It is an epic account of the larger than life pioneers who brought the railroad to southern Florida and developed the land, frequently devastating the environment and the species which lived there. The theme, of environmental concern, is of course as urgent now as when the book was written. 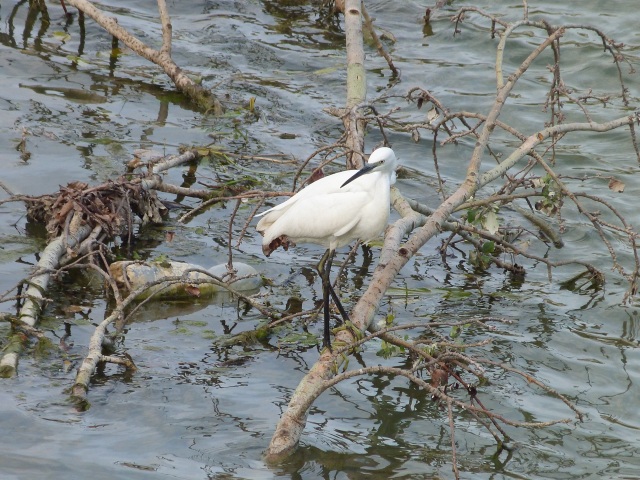 It reminded of the beautiful egrets that fish along the Arno and nest in a colony just below the Ponte della Grazie. My landlord told me that they had disappeared from the river when he was a boy, but since the city has cleaned up its environmental act they have returned. 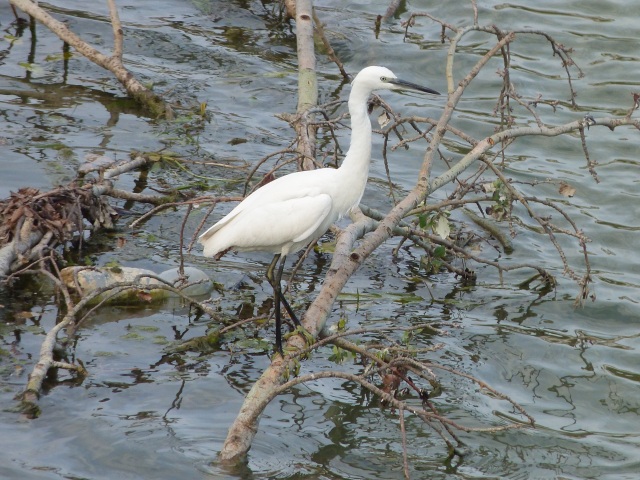 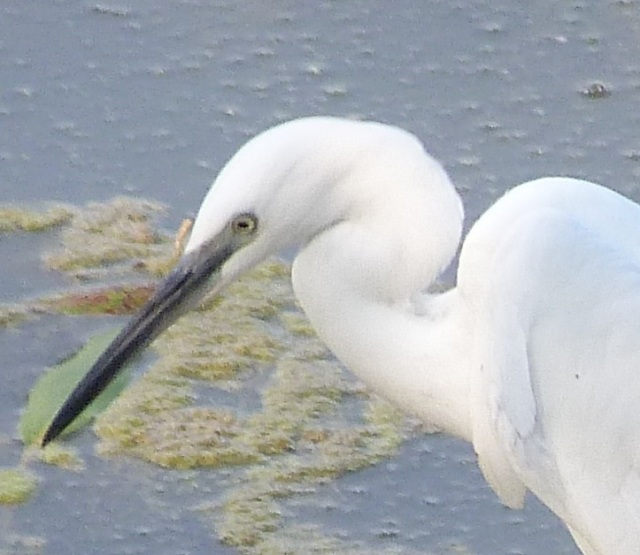 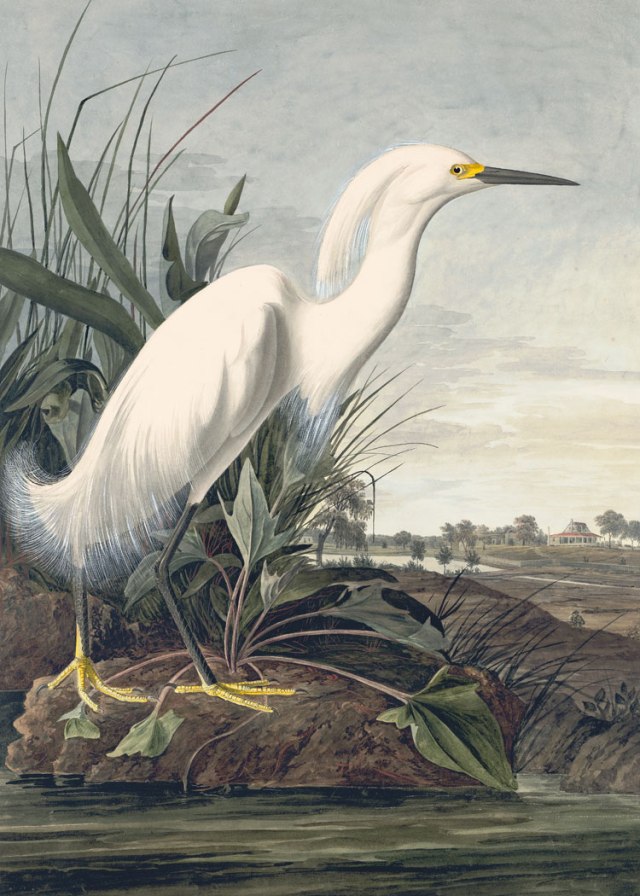 The egret is used as the symbol of the Aubudon Society (named after the artist John Aubudon who painted the picture above). The bird was almost hunted to extinction for its beautiful white plumes which they grow during the breeding season; not only were the birds killed, but the chicks were left to starve. The plumes fetched a high price on fashionable ladies’ hats. 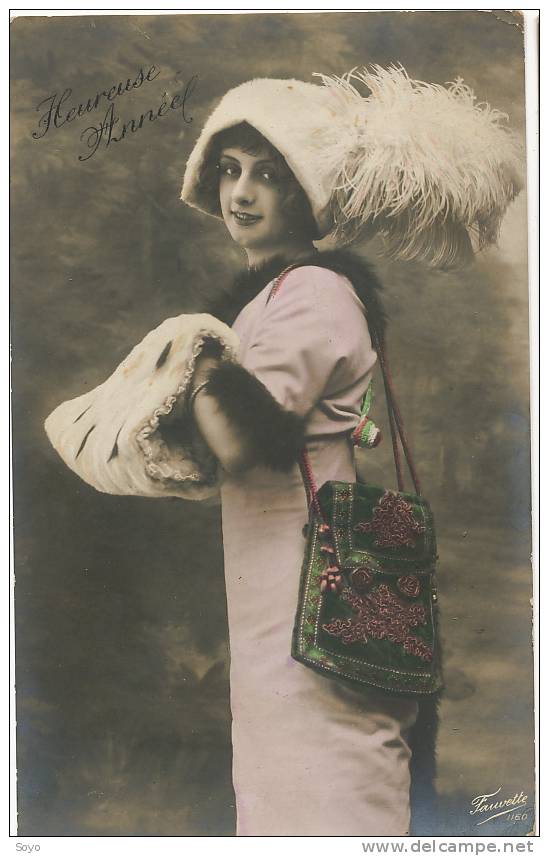 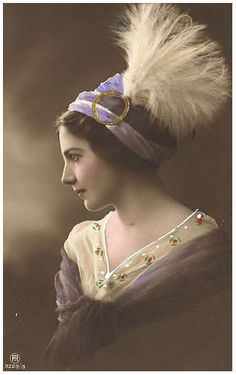 In I Take This Land one of the main characters is driven to raise money by hunting the egrets on a ‘lettuce lake’ called Lost Girl Swamp.

“An egret glided by, alighted on its nest and fanned out its wedding plumes, weaving a pattern of white lace….he lifted the shotgun and aimed at the bird that had just alighted.

It had been a world of quiet beauty. The roar of the shotgun brought ugliness to it. Echoes clanged off the trees like the iron shouting of a fire gong….above the egret nest a few feathers drifted, and the neck of the bird dangled over the edge like a stained white rope.

A twitch of the finger had brought him three or four dollars. A man could sweat all day coaxing life from the soil and not make that much. Killing paid better.”

By the end of the day the egret hunter has raised nearly five thousand dollars’ worth of plumes and “no egrets were soaring above Lost Girl Lake. Instead, from miles and miles around, the vultures were gathering.”

Grim reading. Of course, the egret has made a triumphant comeback, both in Florida and in Italy. That is why the Aubudon Society has used it as its symbol. But the evocative description of the birds and the ‘lettuce lake’ brought me back to Florence. 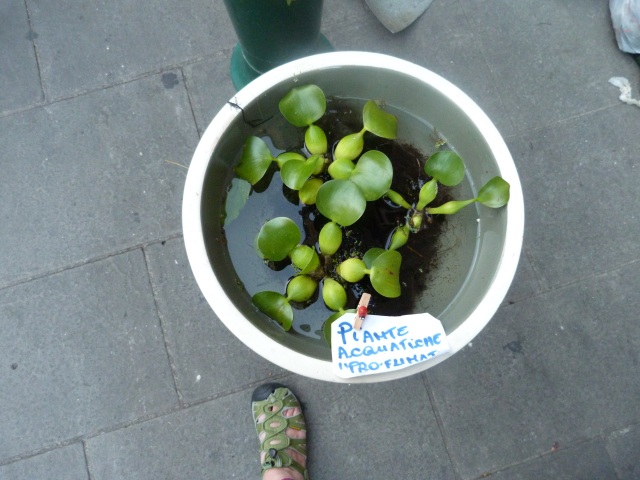 And you can buy an identical water lily in a plant shop adjacent to Santa Maria Novella station!

4 Responses to The Lake of Lettuce